I decided to do something dog-based since I have a Huskie and came up with a game to herd sheep into barns! 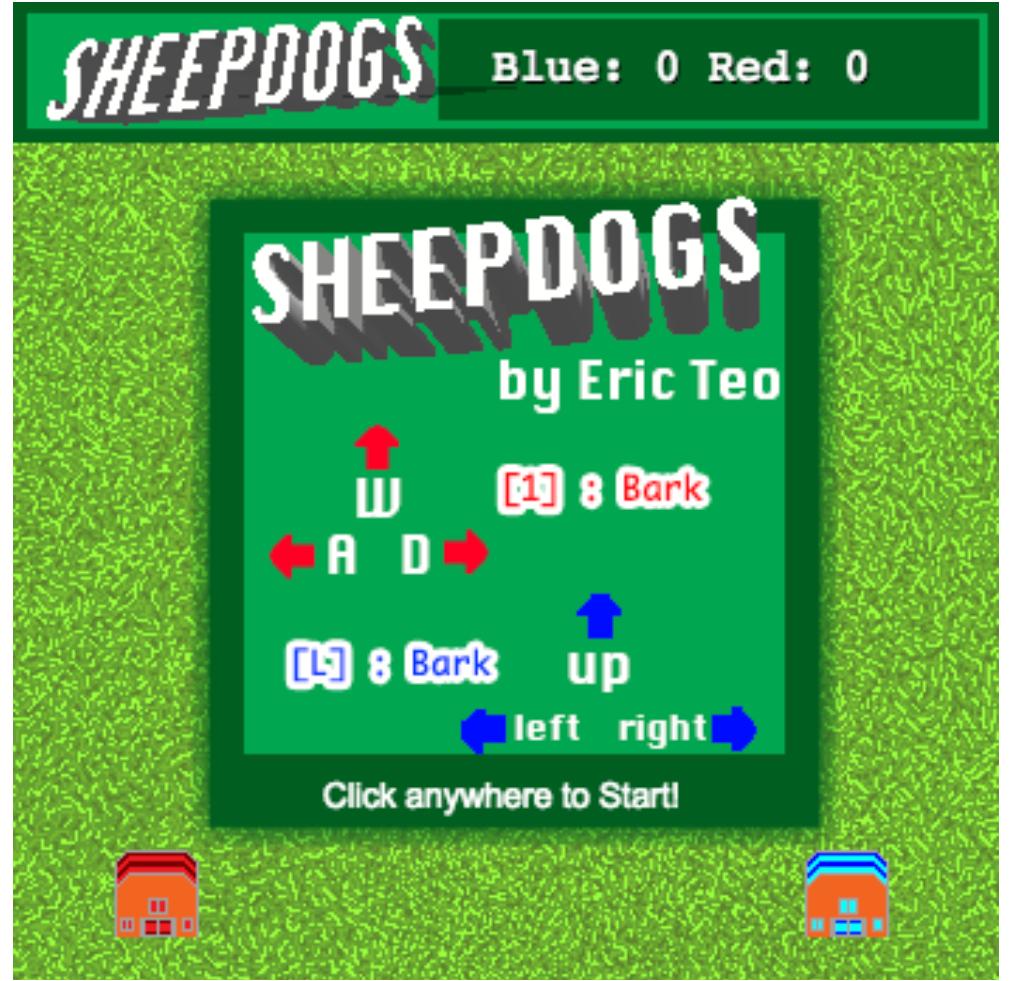 My first game development project using Phaser. I have been programming for most of my earlier career so it was refreshing to get back into it in my course. Phaser is quite an easy language to get into and since I knew most of the pseudo code logic, its a matter of me learning the lingo as well as configurations required.

Sheepdogs is inspired by my pet which is a Huskie. In the game, players are competing against each other to try to herd as many sheep as they can into their respective houses/pens. In addition, players have a “Bark” power which allows them to, for a short time, agitate the sheep to change direction. I particularly liked multiplayer games thus my first game I decided to make a competitive local multiplayer game. I also created all the art for the game.

One of the interesting obstacles I had faced was creating a top-down view of dogs. It is surprisingly difficult to create a comprehensive enough top down image such that players will instantly recognize it as a dog! 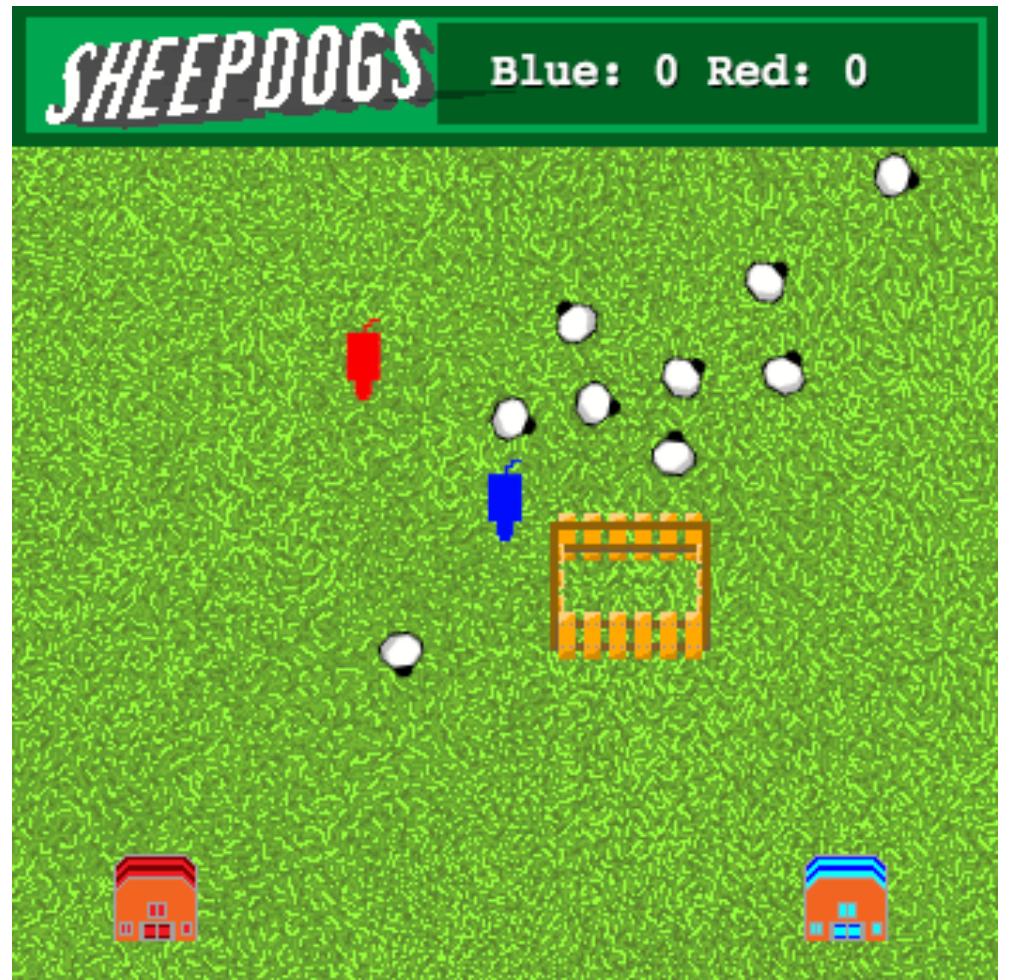 Discover a whole new side of actor’s craft in this summer’s second Master Class with Jennifer Hale. What does ...Read More

Beginning as a homework assignment in late 2011, PARTICLE MACE went through many iterations before finally being released in ...Read More