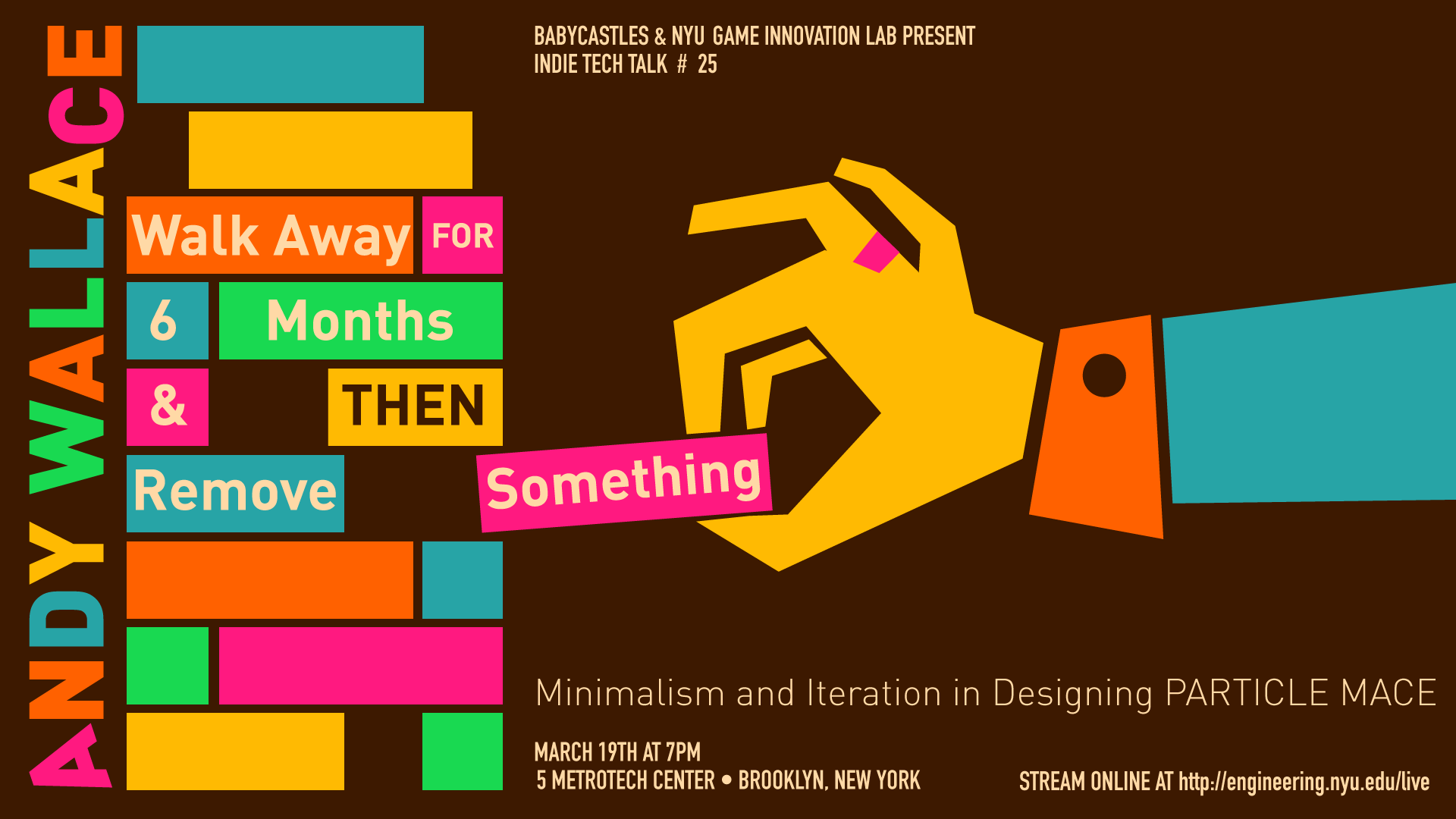 Beginning as a homework assignment in late 2011, PARTICLE MACE went through many iterations before finally being released in January of 2015. Throughout this time, a driving goal of minimalism and accessible challenge was used to continuously shape and direct the game. This talk will explore how the long time frame and considerable time away form the project combined with these design goals to carry the game in unexpected directions.

Andy Wallace is lead game designer and programmer at Golden Ruby Games in the Empire State Building. He received his MFA from Parsons The New School For Design. His work has been featured on Gamastutra.com, IndieGames.com, Engadget.com, Indiestatik, PC World and CreativeApplications.net, and has been demoed at IndieCade, The Smithsonian American Museum Of Art, The Dublin Science Gallery, SF MoMA, MAGfest and The Museum of The Moving Image.

For a child in the 1980s, playing a video game meant entering a world operating under confusing and effectively ...Read More