It’s another big year for NYU Game Center students, alumni, and Incubator developers at the IGF awards! All of the following games are finalists and honorable mentions at this year’s awards show. The entire list of IGF-nominated games, as well as more information about the festival is located here. The show is happening at the Game Developers Conference in San Francisco, and the Game Center will once again be at GDC this year showing these games and others on the expo floor. Our booth will be right next to the IGF Showcase area, so if you’ll be at GDC we’d love to visit with you!

Until then, play these award-winning games by members of our community! 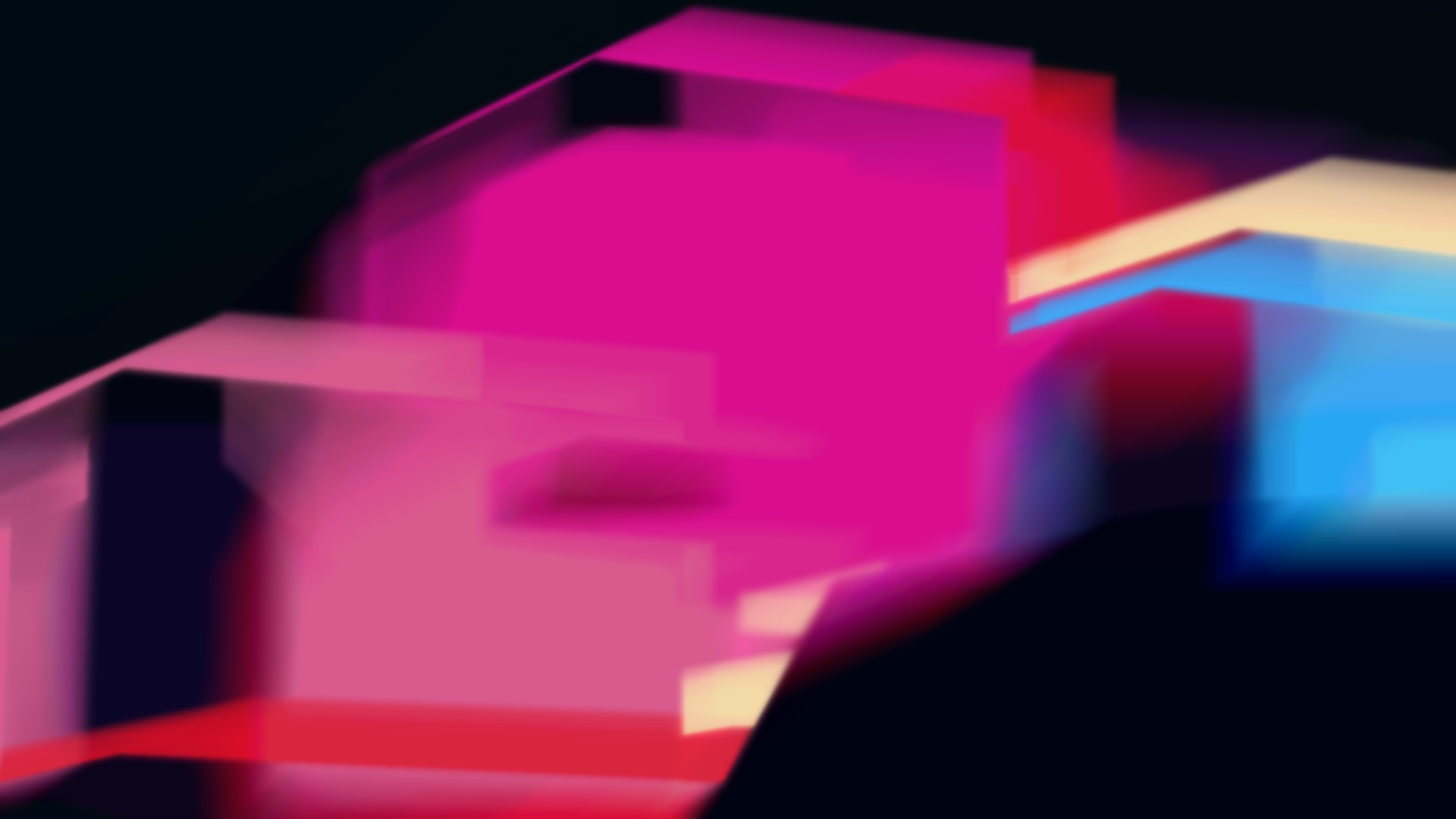 a game about capturing time through the contemplative gaze of long exposure photography.
it is finding beauty in an ever-changing space where time passes with you and through you.

you find yourself alone at night on your rooftop, holding a camera.
this is the only way to interact with the surroundings, which continually evolve as you go through the eighteen pictures you have left on your roll.
take some time.
choose to upload your favorite pictures to a collective archive that exists online, and admire the pictures other people have taken.

levedad is out now and you can play it here.

Fortune-499 is a game about money and magic. You play a fortune teller working in the magical resources department of a large corporation. You engage in day-to-day office activities such as forwarding emails, attending meetings, fighting back hordes of monsters, and dealing with printer jams. With some tricky magic up your sleeve and your job on the line, it’s up to you to build a future out of the hand you’ve been dealt.

This is AP Thompson’s third game selected for the IGF, joining Beglitched and Steller Smooch. You can read more about the process of making and bringing his first IGF-nominated game, Stellar Smooch to the IGF here. Originally a Humble exclusive, you can now get Fortune-499 for $4.99 on Itch.io for Windows and Mac.

Circle-0 is a game that will break and crash. It is a game of beautiful messes and catastrophes. Every interaction you have with the game leads to its inevitable destruction. In a world where games are praised for their tight controls and systemic elegance, Circle-0 outright rebels against stability, comprehensibility, and coherence. And yet, with a dizzying array of items and potential interactions, it rewards curiosity with unpredictable and delightful results.

Circle0 was made by a group of six MFA students. Download it from Itch.io here.

Nerve Damage is an in-development game that combines first-person score attack gameplay with an intense audio/visual experience. Designed to evoke sensations of panic, mental disarray, and dissociation while still functioning as an entertaining game, Nerve Damage is influenced as much by noise music and avant-garde art as it is by classic action games.

Follow the development of Nerve Damage and be the first to pick it up, here!

Things are tense. Your partner’s been trying to get you to talk about the problems affecting your relationship, but you’re not sure if you’re ready. You head to your common haunt, a local bar where your best friend works, to relax and think things through. You discuss ongoing problems about life and romance with your partner over text, while also chatting with friends and strangers at the bar about what’s on your mind. The interactions you have and the perspectives you take affect how genuinely you can connect with your partner, and whether your relationship can survive the night.

We Should Talk was developed during the first year of the two-year MFA program. The finsihed game is availble here. 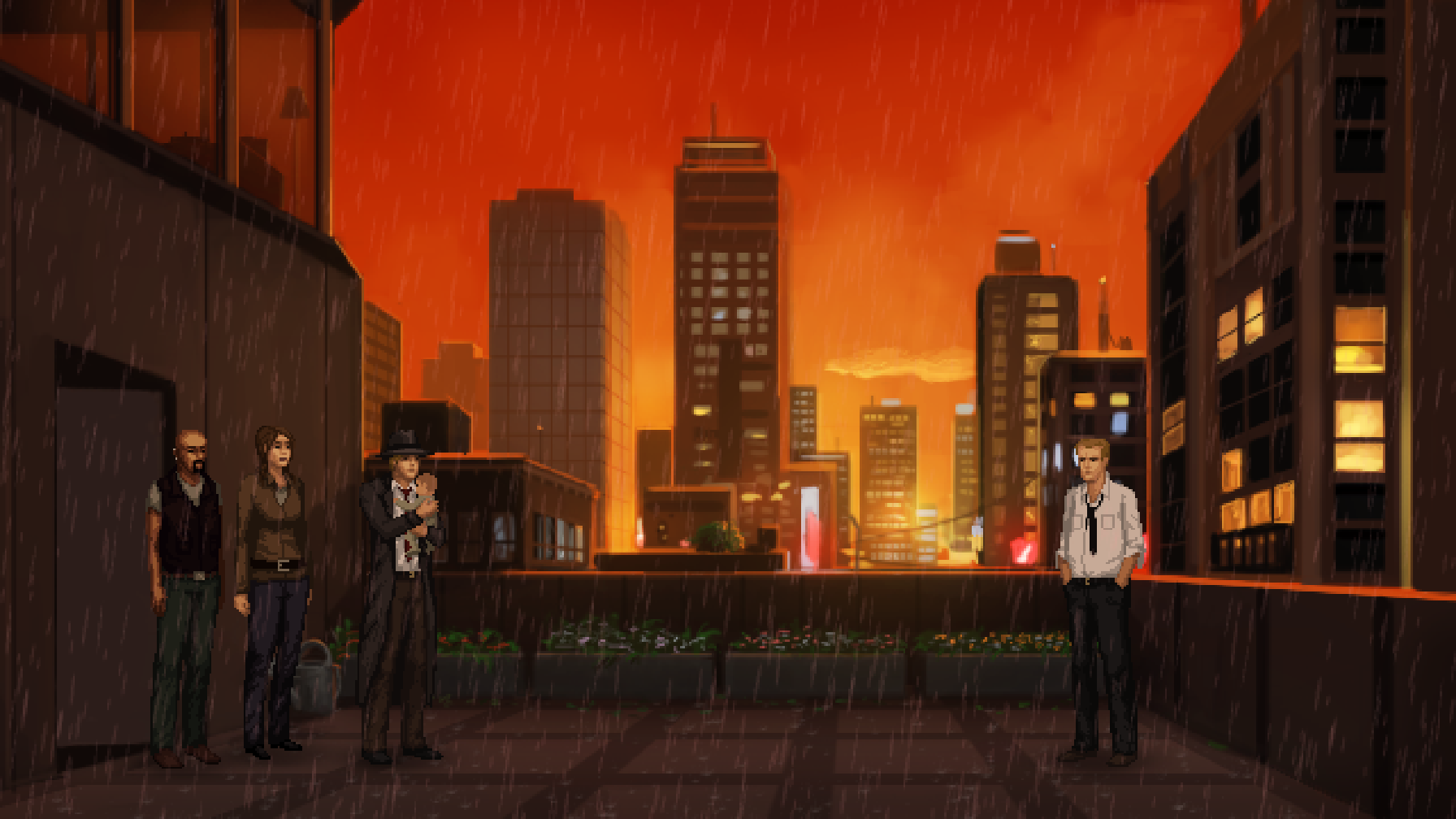 One year ago, a demon possessed you; forcing you to tear a trail of bloodshed through New York City. Your salvation finally comes in the form of the Unavowed – an ancient society dedicated to stopping evil.

You are free, but your world is in tatters. You have no home, no friends, and are wanted by the police. Your old life is gone, but perhaps you can start a new one. Join the ranks of the Unavowed, and fight against the oncoming darkness.

Play this modern take on classic genre from a NYC-based studio on PC or Mac. Get it directly from Wadjet Eye Games here.

In 1983, Peter Norwood, one of the world’s most internationally-celebrated pianists and composers, mysteriously vanished. His private mansion was turned into the Hotel Norwood, which, over the years, accumulated its own share of notoriety. But the mystery of what really went on during Norwood’s time never truly got uncovered… until now.

The Norwood Suite is a first-person adventure game that takes players to the secluded Hotel Norwood on a simple friendly errand that quickly unfolds into something much more involved. Filled with bizarre characters and curiosities, this mysterious resort is a dense, open-ended world teeming with hidden passages and secrets to discover.

After participating in the Incubator, The Norwood Suite was published by Alliance Digital Media and is now available on PC and Mac here. You can also join the development of Cosmo D’s next game on his Discord channel.

Hellcouch subverts the idea of “couch co-op” local multiplayer video games by cutting out the video part of the game, moving the entire experience onto the couch itself. LED lights and audio serve as multimedia feedback as players interact with the couch cushions, which act as the game’s controller. Hellcouch plays with the way we interact with each other on couches, in video games, and in public spaces, challenging the implicit rules of these social spaces in order to create a silly, unexpected experience for players and spectators alike.

We don’t suggest customizing your couch for Hellcouch just yet, but you can learn more about the game and how to play it at GDC here. Getting Over It with Bennett Foddy

Congratulations to all the nominees! We encourage you to follow the developers and the Game Center’s social media as they prepare for the awards show in March. We look forward to these games joining the ranks of previous winners from NYU including Getting Over It with Bennett Foddy, Beglitched, and Cibele!