Battle for a child's love this holiday season. 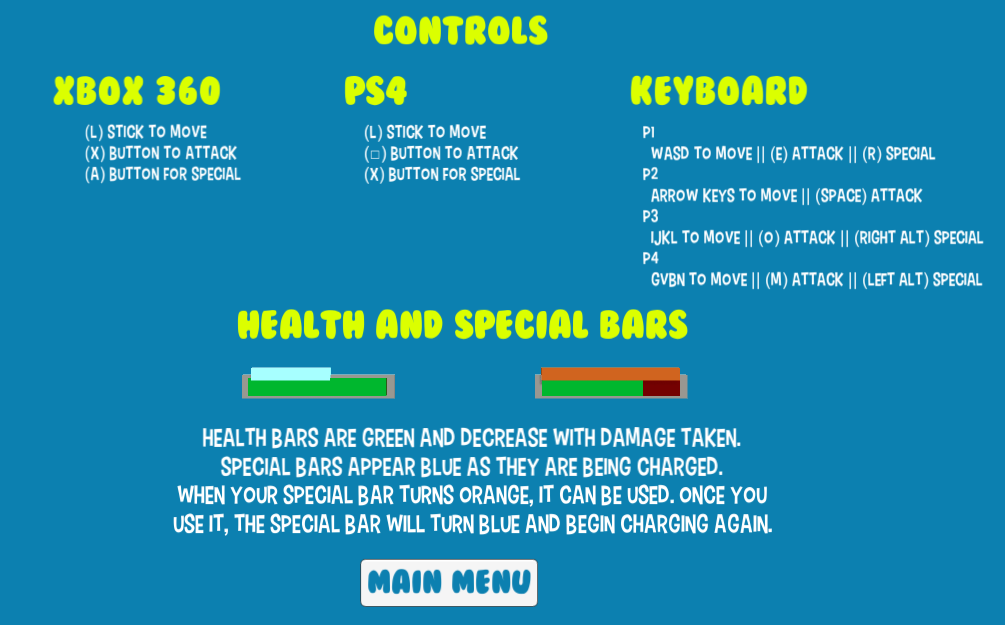 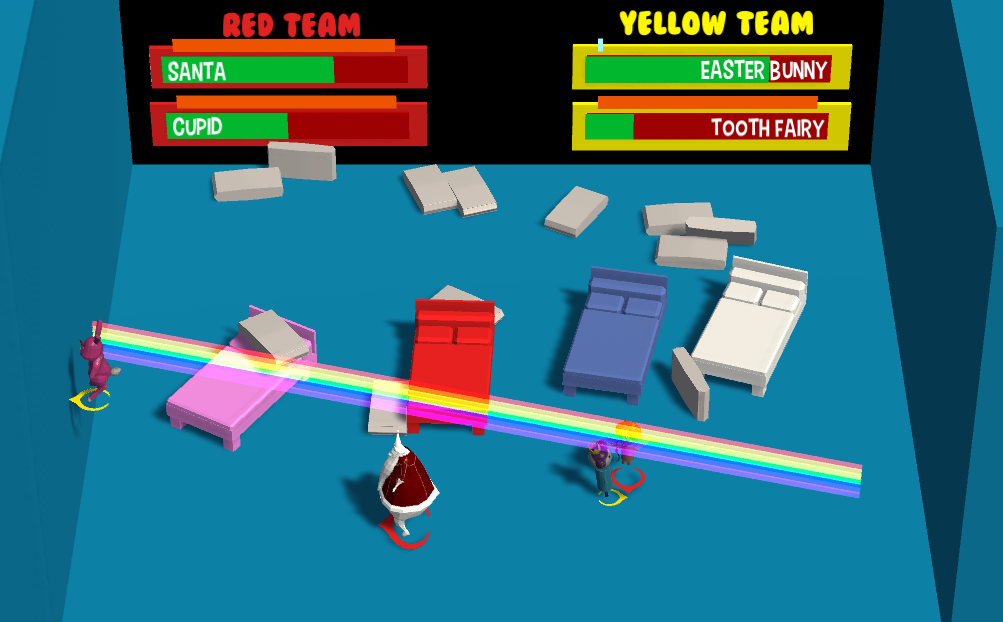 CHARACTERS
Santa Claus: This jolly old man is a melee-style fighter that’s slow to start but packs a large punch.
Special Attack!
Santa harnesses the power and speed of Rudolph and charges like a reindeer. Watch out if he comes barreling towards you!

Cupid: The mischievous archer is back with his bow and arrow to wreak some havoc.
Special Attack!
Cupid’s got to spread some love and what better way to do so than to fly high?

The Tooth Fairy: As a ranged fighter, the Tooth Fairy’s wand shoots shoots far and may hit a few in between.
Special Attack!
Now you see her, now you don’t! The Tooth Fairy gains invisibility for a couple of seconds, so don’t let her out of your sight.