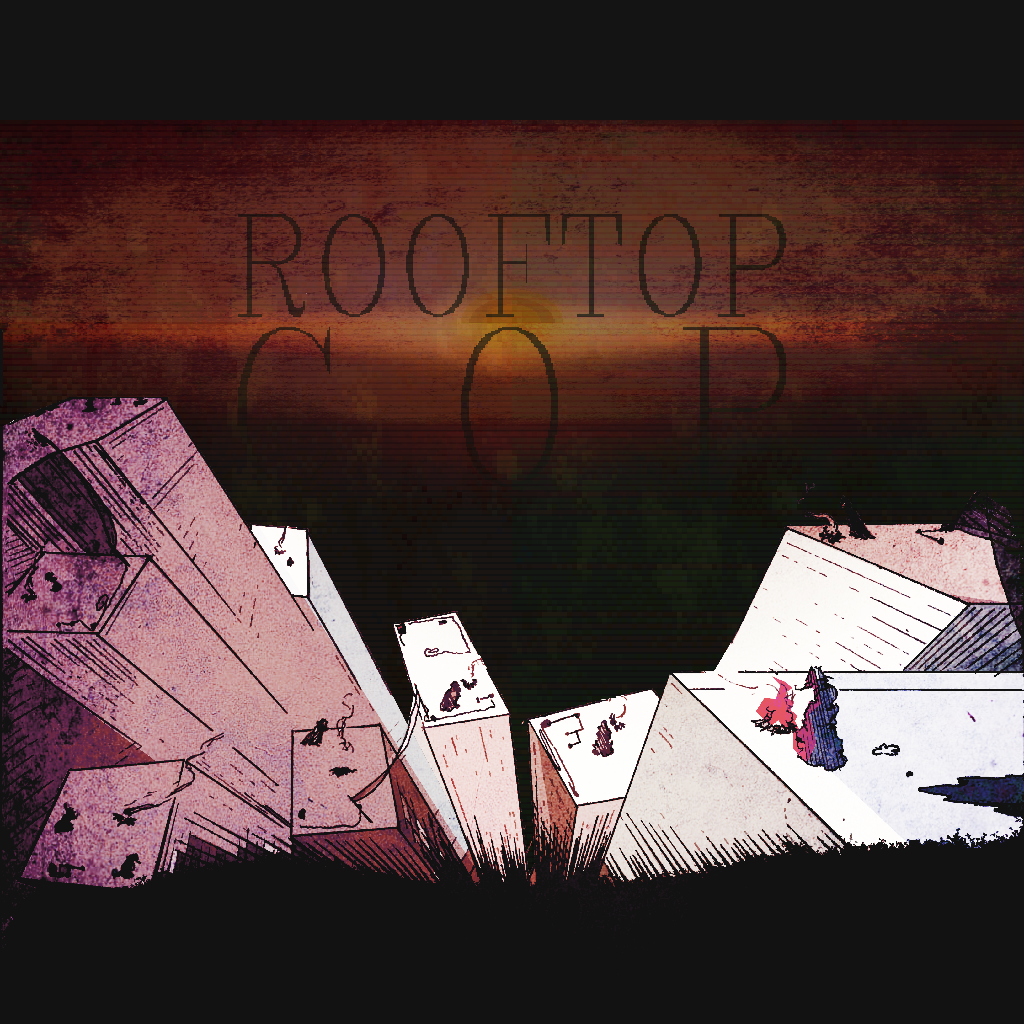 A world of Police that have forgotten what, and why, they are policing. Rooftop Cop is a collection of five small games — each game visits a different point on a loose timeline as the Cops slowly lose their way. Largely a mood piece, the gameplay ranges from atmospheric wandering to arcade-style action.

Rooftop Cop was originally the MFA thesis of Stephen Lawrence Clark and was debuted at the Game Center Student Show housed in a “police cave” installation built specifically for the game. Stephen is now developing the game for public release in the NYU Game Center Incubator.

Stephen is purposely refraining from revealing too much about the games to allow players the joy of unfolding the world of Rooftop Cop for themselves. In light of this, Stephen has shared a small bit of insight into the development of each game in the collection along with a screenshot of each game. This is the first and only time I’ve ever tried to fake 3D in a 2D engine, and the math was actually not as hard to figure out as I thought it would be! It was the only way to make the buildings look *foreboding* enough. 2: Capture the Flag, for One

Turns out it’s really hard to make a physics game that is *not* inherently funny. Every single piece of ice in this game is its own physics object, which was important to me in trying to simulate a natural process. I coded a *really* boot-leg sidechain compressor into GameMaker which chokes portions of the music when you tumble through a floor. Inspired by rooftop graffiti I saw off the south side of the J train near Williamsburg Bridge, while listening to Oneohtrix Point Never’s “Format & Journey North”. The graffiti is very faded now but you can still kinda see it. 5: Palace of the Organizer

Made from start to finish in two days with my fellow MFA and favorite collaborator Zeke Virant, who suggested the fax machine and made some lovely stick drawings.