Sokoban Alchemist is an action-adventure game based on Sokoban. The game world is special. Everything in this world is a box. Different boxes have different attributes and functions. The player acts as a cat alchemist who wants to get stronger and find the secret of the world. It can fight with enemies by interacting with these boxes, such as pushing, kicking, and even merging them into powerful box weapons. 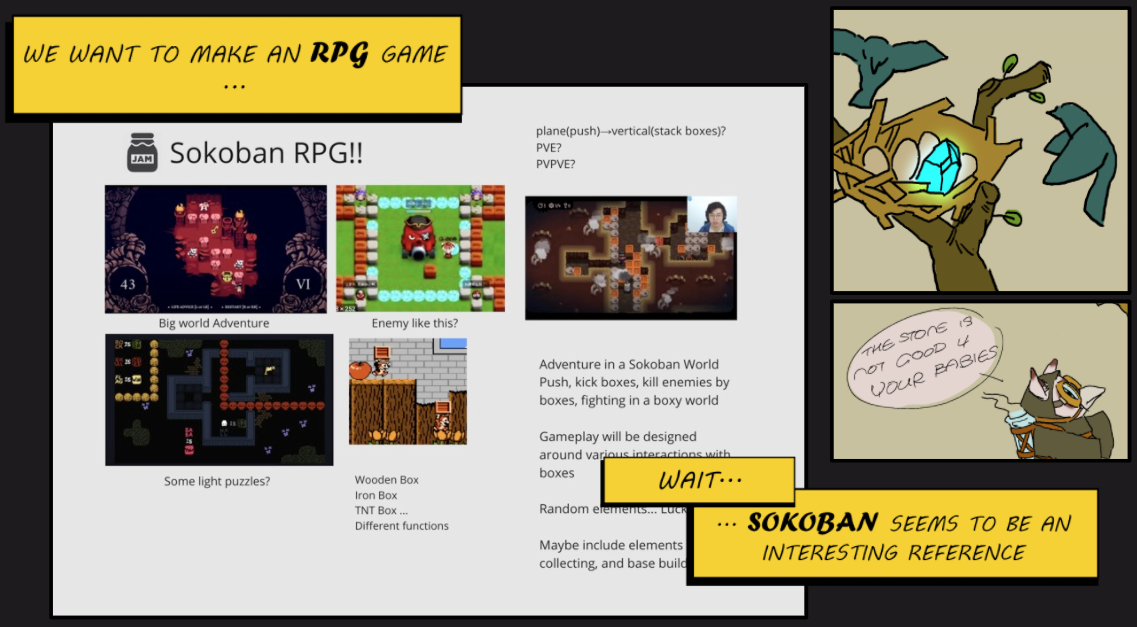 ● No soft-lock as a Sokoban game

Most Sokoban games usually have an undo function to deal with soft lock. In Sokoban Alchemist, the player can vault over the box to swap position with it, which prevents most of the soft locks and adds more action flavor to the pace.

Different boxes have different functions and element attributes. The boxes can interact with each other and their attributes may be combined or vanished, with special effects stimulated. In dungeons, players are rewarded with elemental skills, which can power up corresponding elemental boxes and make combats more exciting. 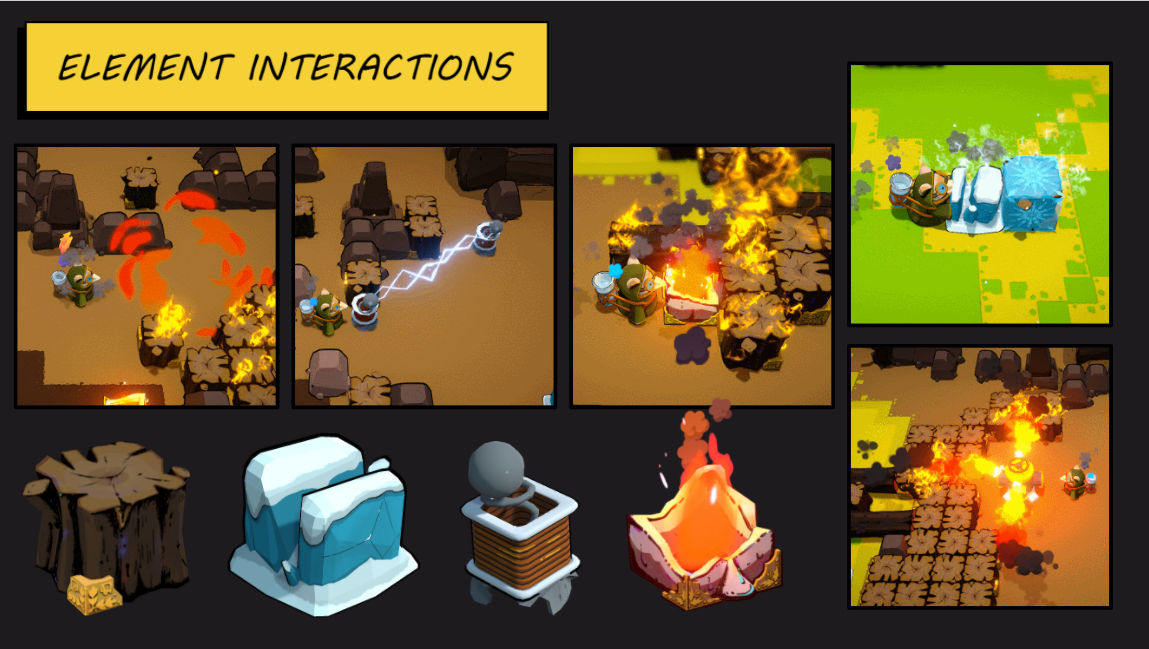 Since there is no approach to directly deal damage to enemies and no inventory for players to store boxes, the player can only utilize the surrounding environment to survive. The combination of the types of the box varies from terrain to terrain, which requires dynamic strategies according to different situations.

● Combination of authorization and procedural generation

The procedural-generated open world and the authored dungeons consist of a versatile world, which satisfies the player’s desire for exploration. The open world not only acts as a space worth exploring but also connects the dungeons together. The dungeons provide more intense combat, with higher rewards and higher risks. 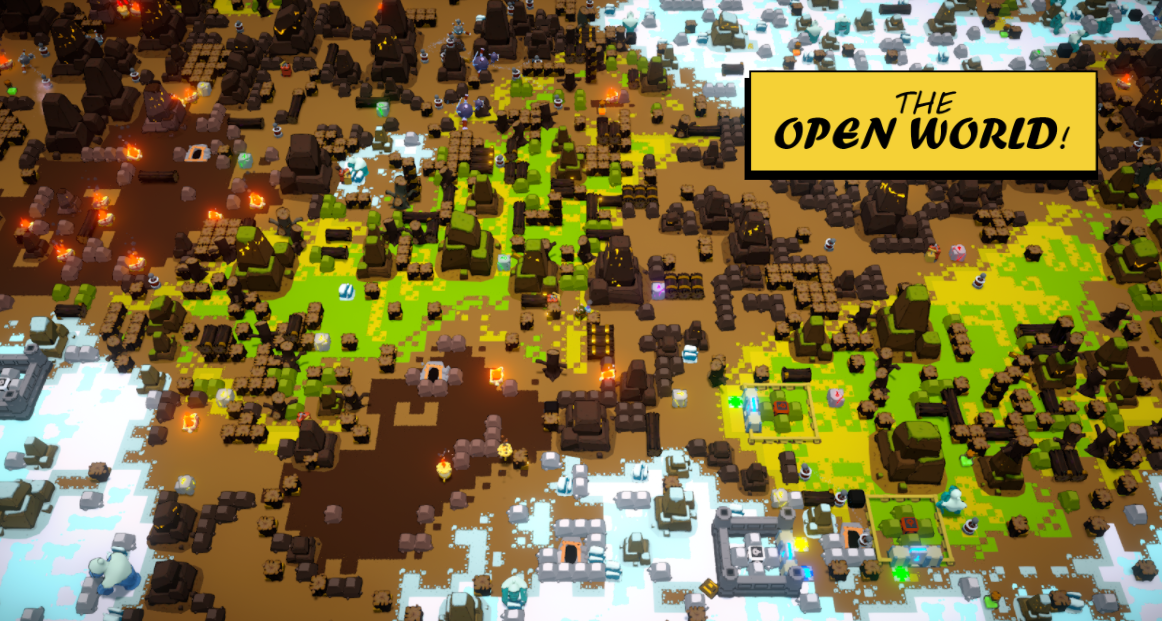